The exhibition showcases works from three celebrated Aboriginal artists and will connect viewers with the joys of life on Country, Dreamtime spirits and Aboriginal culture; also showcasing all the colour, movement and textural feel of the natural environment; as seen within two Aboriginal communities in far northern Australia: Fitzroy Crossing (The Kimberly, WA) and Lockhart River (Cape York, QLD).

While the collection of art is created at vast distances apart, each contain a collective spirit of yearning for Country and a desire for the artists to place great importance on respect for sacred sites and protection of the land. The feel of the work is also undoubtably modern, with the use of bold colours and very individual, and often non traditional painting techniques.

Artists Adrian King and Patrick Butcher were both original founding members of the Lockart River Art Gang, formed in 1995 – a group of modernist painters who’s work has been exhibited and collected both nationally and internationally, including exhibitions and performances as far afield as New York City, USA. Their work is shaped by landscape and history, with subjects including traditional life, fishing, seasonal fires, body painting and the environment. Many of the Lockart River Art Gang artists are known for their rapid execution of works, using their fingers and hands to apply and scrape away paint layers on the canvas; as seen more notably in the work of Patrick Butcher. 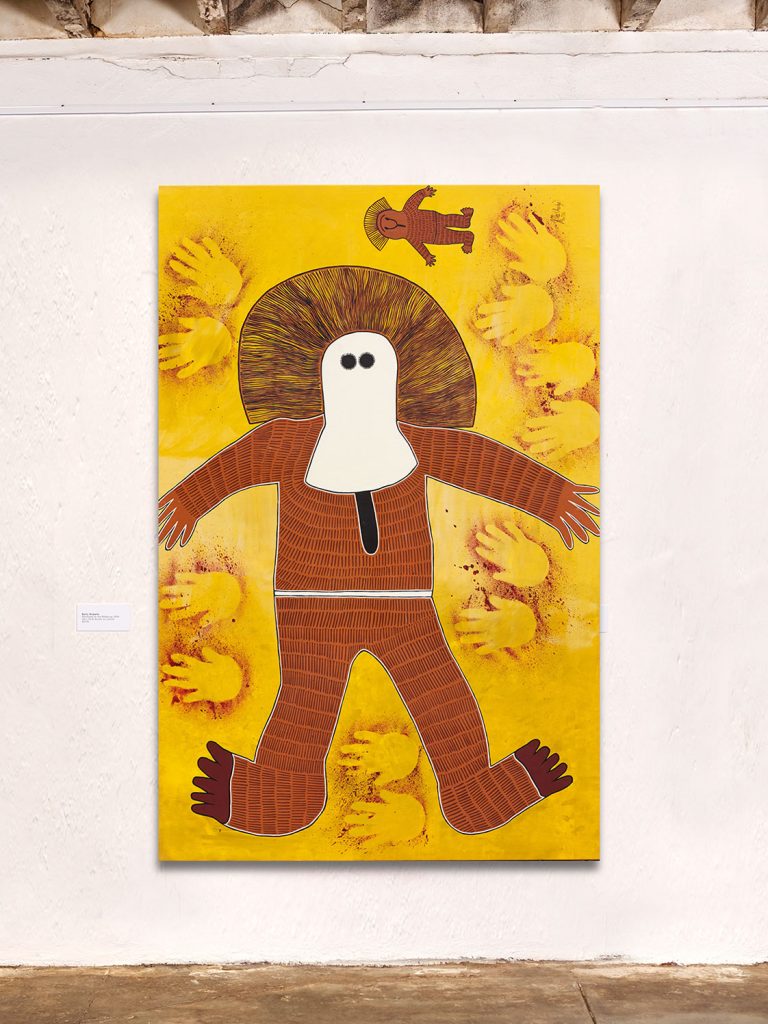 Jack Macale Loodgengardinge is a multi-award-winning artist who is also known for interpreting, within works, the historical struggle of Aboriginal people against the early invasion of Europeans in the Kimberly. His bold style, also including paintings of spirit figures (Wandjina) and other Dreamtime stories have earned him enormous respect within many Aboriginal communities, and also the Australian arts scene in general. He is today considered one of Western Australia’s leading Aboriginal painters. Currently works from all artists are held by major art institutions and museums including: the National Gallery of Victoria, Queensland Art Gallery and the National Museum of Australia.

An exhibition that’s collective voice speaks of environmental care, the importance Country, sacred sites and a sense of tribal togetherness; Northern Exposure – Stories from Lockhart River and Fitzroy Crossing promises to be one of the most memorable Aboriginal exhibitions of 2019. Friday June 21, 2019.